DHCP short for Dynamic Host Configuration Protocol) is one of the most important service to have is a network. This protocol serves the advantage of providing clients information such as IP address, subnet mask, DNS server, default gateway dynamically rather than configuring each host statically. This server start a process called (DORA) short for Discover, Offer, Request, Acknowledge. The process starts with the server listing on port 67 for discover requests on the network sent by clients. When a client sends out a discover packet across the network the server sees it and respond back with an offer providing the “offered” IP address over to the clients who is listening on port 68. The client then requests that IP address from the server and the server confirms that request by sending an ACK packet back. 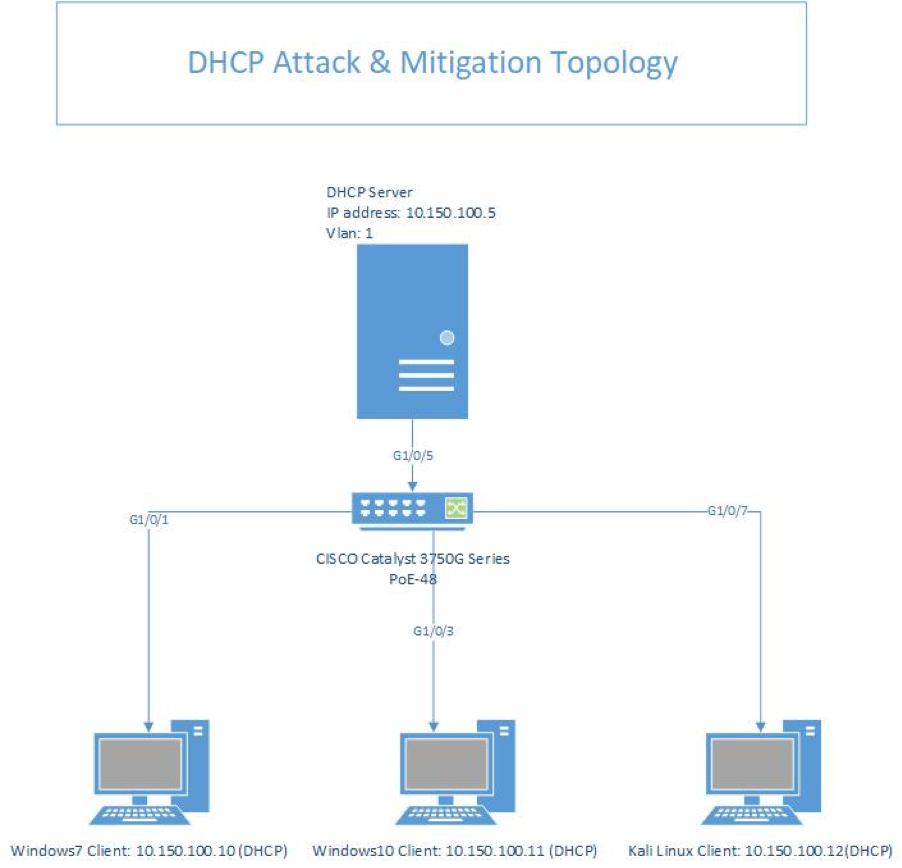 DHCP Starvation is an attack wherein the attacker looks at the entire DHCP scope and tries to acquire all the available address in that scope. This attack is considered a Denial of Service attack, as other clients will not be able too receive IP addresses anymore. Over time, the adversary continues to use new MAC addresses to send renewals for all the DHCP leases. In order to perform this kind of attack we can use a tool called yersinia. This tool is powerful as it provides plenty of low level networking attacks. By opening up the tool using this command yersinia -G and click on DHCP attack as show below, we can undertake the attack. Moreover, we can see the Wireshark traffic Which shows a heavy amount of Discover packets. 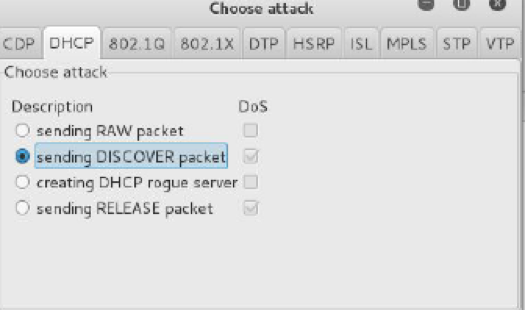 Here is a wireshark snippet during the DHCP starvation attack 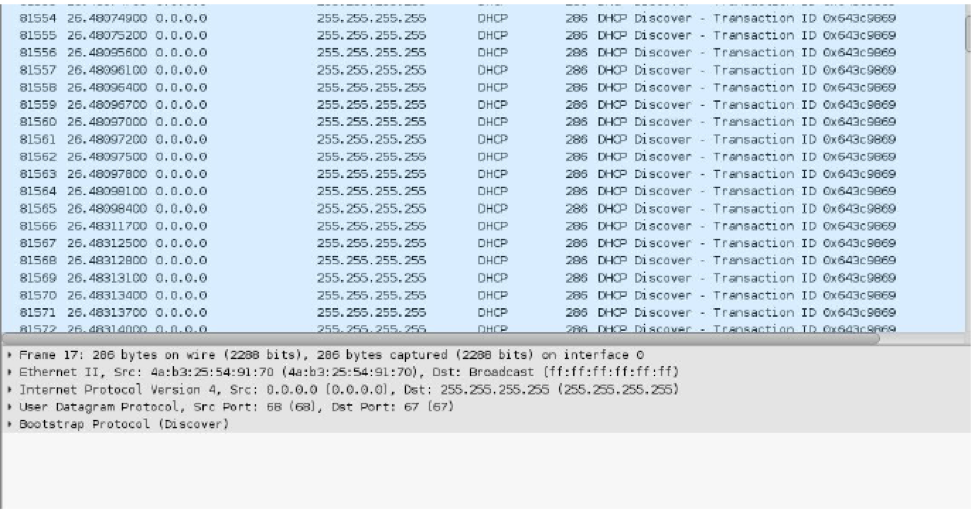 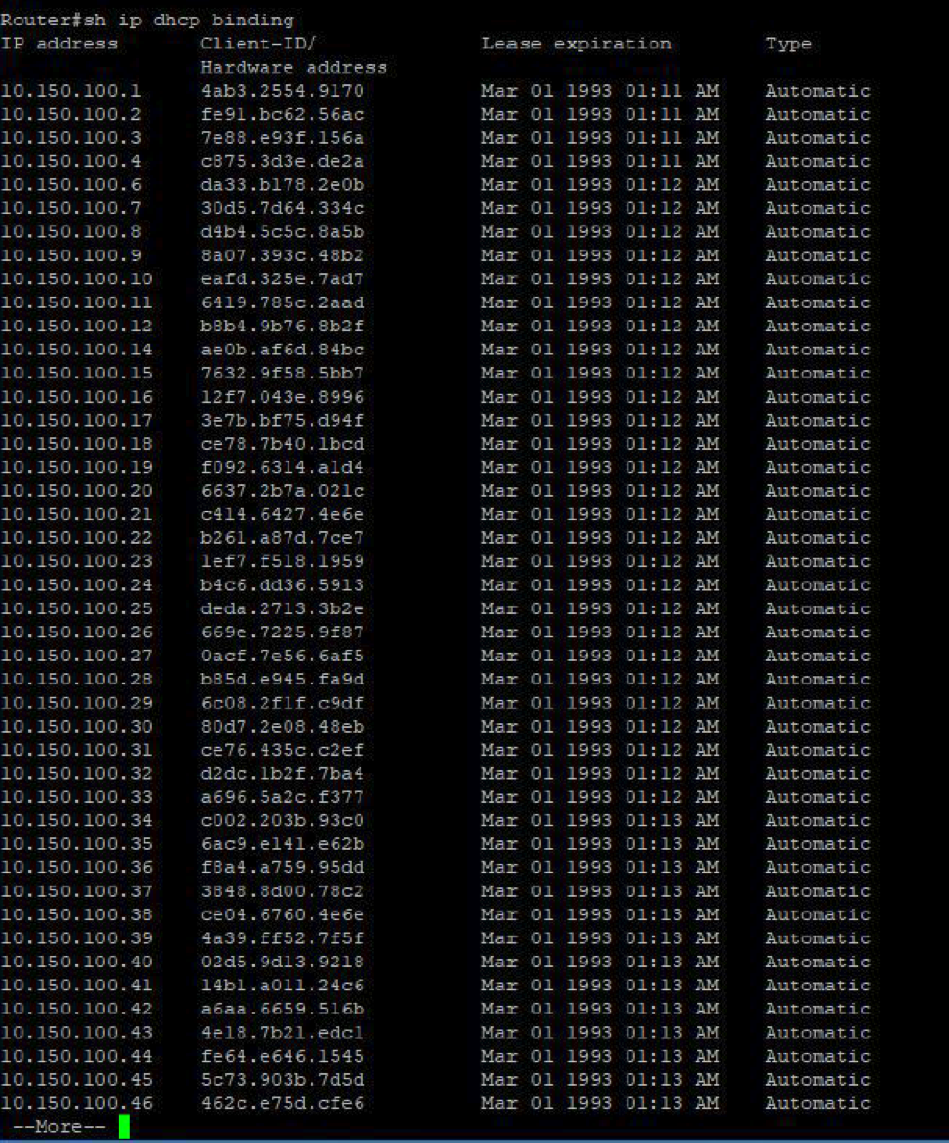 A DHCP rogue server attack occurs when an attacker acts as a legitimate DHCP server in which he gives out DHCP information., including: IP addresses, gateways, and DNS. To performt his attack the “ettercap” tool can be used. To start this tool use the command ettercap -G and click on DHCP attack. Moreover, we can see Wireshark traffic which show heavy amount of Discover packets. 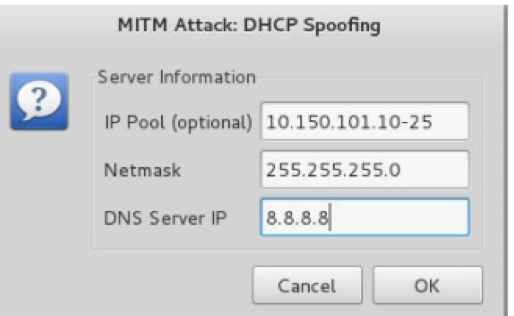 Here is a wireshark snippet during the DHCP rouge server attack 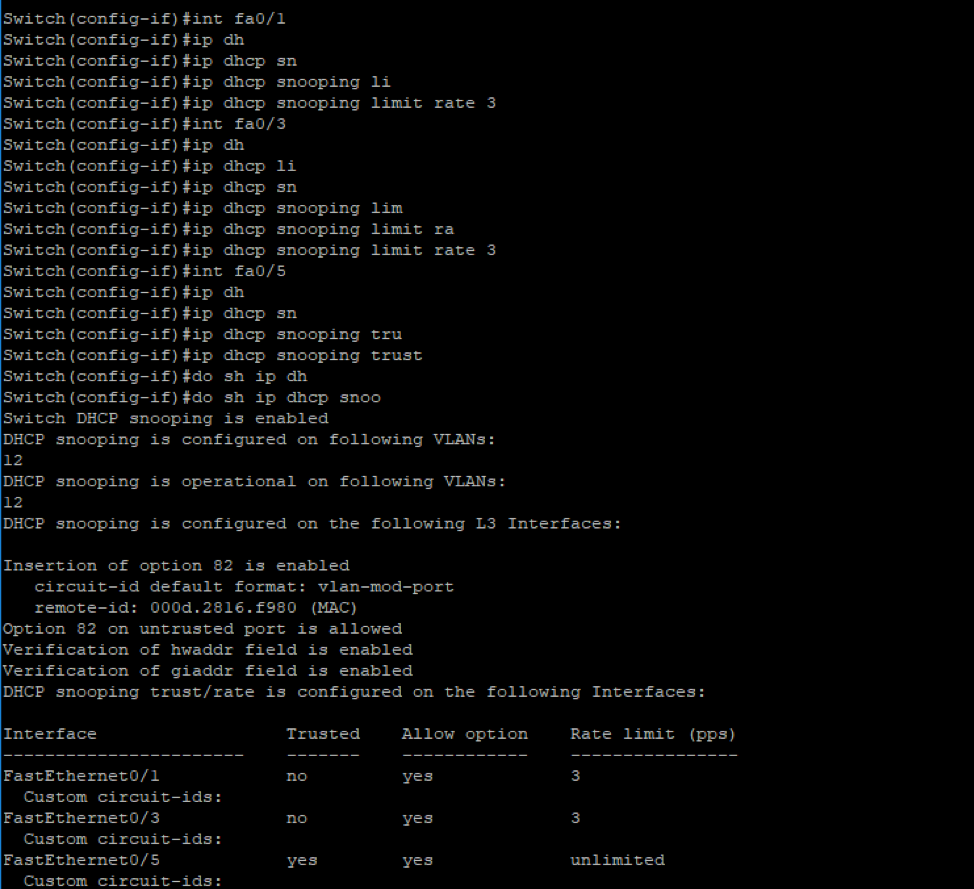 Switch Configuration for DHCP Snooping Now if we look at the Wireshark capture when the attacker tries to send an OFFER packet back to the victim. We will see the packet gets ignored by the victim and only respond back to the legitimate DHCP server 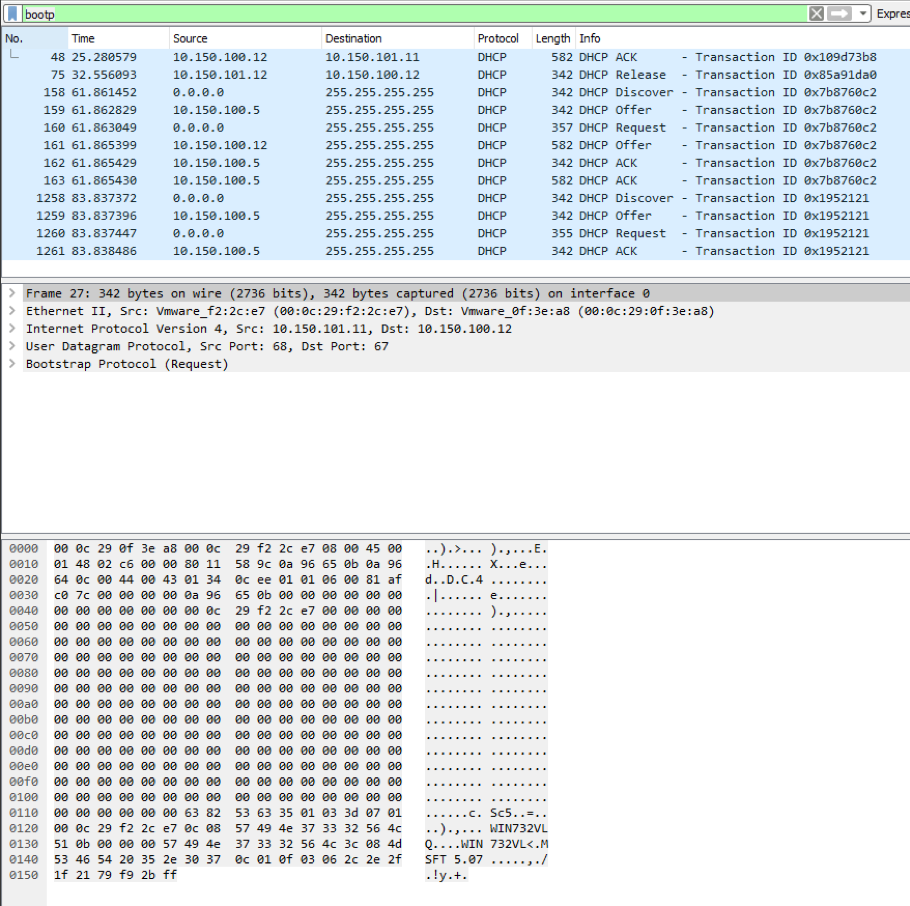 Wireshark Capture after DHCP Snooping is Configured So, only the packet that is formed by the legitimate DHCP server on the trust port is the only packets that gets advertise to the DHCP client and start the DORA process.

From this experiment in DHCP Snooping Attack, it’s obvious that this attack leads to compromising the hall connection between two ends which is known as “Man in Middle Attack”. And “DHCP Snooping” and “trusted ports” features in Cisco switches have the ability to prevent illegitimate servers to acting as DHCP server. Thus, DHCP Snooping is acting as a firewall for preventing this attack.